Utopia:  is a community or society possessing highly desirable or near perfect qualities. The word was coined by Sir Thomas More in Greek for his 1516 book Utopia (in Latin), describing a fictional island society in the Atlantic Ocean. The term has been used to describe both intentional communities that attempt to create an ideal society, and imagined societies portrayed in fiction. It has spawned other concepts,most prominently dystopia.

Dystopia:  is an imaginary community or society that is undesirable or frightening.[2][3] It is literally translated as "not-good place", an antonym of utopia. Such societies appear in many artistic works, particularly in stories set in a future.

retreat:  are also popular in Christian churches, and were established in today's form by St. Ignatius of Loyola (1491-1556), in his Spiritual Exercises. Ignatius was later to be made patron saint of spiritual retreats by Pope Pius XI in 1922. Many Protestants, Catholics and Orthodox Christians partake in and organize spiritual retreats each year. 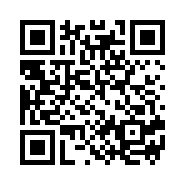