The smell summoned up memories of family holidays by the sea.

To get great or satisfaction from something.

He drank up the wine with relish.

dark and difficult to see through; involving dishonest or illegal activities that are kept secret [= shady]

The laws on intellectual property are murky.

to become looser, or to make something looser.

We're on the last lap, so don't slacken!

They offered sacrifices to propitiate the gods.

the largest inland sea; between Europe and Africa and Asia

KK [kənˋvɝdʒ]
come together so as to form a single product
The roads converge just before the station.
omnipotent (a.)  KK [ɑmˋnɪpətənt]
able to do everything; having unlimited power
The god is finite , and can not be omniscient , omnipotent.

someone who rows a boat

supply with water, as with channels or ditches or streams

The fields are irrigated so that the crops can grow.

the title of the ancient Egypt kings

They got trapped inside the pharaoh ' s tomb.

pastoral (a.) KK [ˋpæstərəl]
of or relating to a pastor; "pastoral work"; relating to shepherds or herdsmen or devoted to raising sheep or cattle
The priest makes pastoral visits every wednesday.

It is true you look fairly sophisticated.

a feeling of thoughtful sadness; a constitutional tendency to be gloomy and depressed

Feelings of infinite melancholy stole over him.

the expulsion from a country of an undesirable alien

People who work illegally are liable to prosecution and deportation.

Some of the rebels were killed in the act of storming the citadel.

following in time or order

On the day subsequent to his visit , she disappeared.

Continuing for a long time, especially longer than is normal or necessary.

It was the beginning of a protracted duel.

evidence that something exists or is present; an occasion when a ghost or spirit appear.

A high fever is an early manifestation of the disease.

Natural ability that makes it easy for you to do something well.

He has an unfortunate aptitude for saying the wrong thing.

The aches and pains begin as the ageing process inexorably sets in. 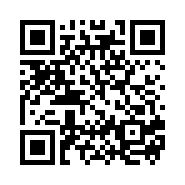