ystopia (from the Greek δυσ- and τόπος, alternatively, cacotopia, kakotopia, or simply anti-utopia) is a community or society that is undesirable or frightening. It is translated as "not-good place", an antonym of utopia, a term that was coined by Sir Thomas More and figures as the title of his most well-known work, "Utopia." "Utopia" is the blueprint for an ideal society with no crime or poverty. Dystopian societies appear in many artistic works, particularly in stories set in the future. Some of the most famous examples are 1984 and Brave New World. Dystopias are often characterized by dehumanization, totalitarian governments,environmental disaster, or other characteristics associated with a cataclysmic decline in society. Dystopian societies appear in many subgenres of fiction and are often used to draw attention to real-world issues regarding society, environment, politics, economics, religion, psychology, ethics, science, and/or technology, which if unaddressed could potentially lead to such a dystopia-like condition. 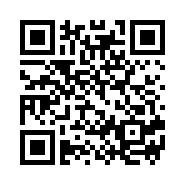