1. inaugurate  (v.)  KK[ɪnˋɔgjə͵ret]
to introduce (someone, such as a newly elected official) into a job or position with a formal ceremony
They inaugurated the new headquarters with a brief ceremony.

2. venturesome  (adj.)  KK[ˋvɛntʃɚsəm]
willing to take risks
The first solo pilot to undertake the venturesome crossing of the Atlantic Ocean by air.

3. bustle  (v.)  KK[ˋbʌs!]
to move or go in a busy or hurried way
She bustled around the kitchen getting ready for dinner guests.
synonyms:commotion, excitement, hubbub

4. vie  (v.)  KK[vaɪ]
to compete with others in an attempt to get or win something
They are vying to win the championship for the third year in a row.
synonms: compete, rival, match, compare with

5. embark  (v.)  KK[ɪmˋbɑrk]
to begin a journey especially on a ship or airplane
Millions of Europeans embarked for America in the late 19th century.

6. imperative  (adj.)  KK[ɪmˋpɛrətɪv]
expressing a command in a forceful and confident way
“Eat your spinach!” is an imperative sentence.

7. cadence  (n.)  KK[ˋkedns]
a regular beat or rhythm
Oars moved back and forth in smooth cadence.

8.verge (n.)  KK[vɝdʒ]
something that borders, limits, or bounds
These people are living on the verge of starvation.
Synonyms: brink, cusp, edge

10. benefactor  (n.)  KK[ˋbɛnə͵fæktɚ]
one that confers a benefit
With the help of a rich benefactor he set up a charity.
Synonyms: angel, donator

11. transact  (v.)  KK[trænsˋækt]
to carry on business
We had some important business to transact with our distributors.
Synonyms:execute, perform, discharge

12. wardrobe  (n.)  KK[ˋwɔrd͵rob]
a room or closet where clothes are kept
She went to wardrobe for her fitting.

13. withstand  (v.)  KK[wɪðˋstænd]
to stand up against
Explorers have to withstand hardships.
Synonyms:endure, resist, oppose

14. zeal  (n.)  KK[zil]
eagerness and ardent interest in pursuit of something
His boss highly appreciates his zeal for his work.
Synonyms:enthusiasm, eagerness, sincerity

15. tariff  (n.)  KK[ˋtærɪf]
a schedule of duties imposed by a government on imported or in some countries exported goods
The government is going to lower the tariff on imported cars.
Synonyms:tax, duty, toll

16. assault  (n.)  KK[əˋsɔlt]
a violent physical attack
She was injured in a brutal assault.

17. splitter  (n.)
a device that divides or splits something
A three-way phone line splitter.

18. adherence  (n.)  KK[ədˋhɪrəns]
the act of doing what is required by a rule, belief, etc.
Adherence to convention requires that the couple send out formal wedding invitations.

19. entrench  (v.)  KK[ɪnˋtrɛntʃ]
to place (someone or something) in a very strong position that cannot easily be changed
Officials who have tried to entrench themselves in office.

20. counsel  (n.)  KK[ˋkaʊns!]
advice given to someone
The student sought counsel from her teacher.

21. spectacle  (n.)  KK[ˋspɛktək!]
a performance or an event that is very impressive and exciting to look at
The display of fireworks on New Year's Eve was a fine spectacle.
synonyms:display.exhibition

24. sulky  (adj.)  KK[ˋsʌlkɪ]
silent or bad-tempered because you are angry about something
He was very sulky about it indeed.
synonyms: glum, mopey, pouting, pouty, sullen

25. conspiracy  (n.)  KK[kənˋspɪrəsɪ]
a secret plan made by two or more people to do something that is harmful or illegal
The CIA uncovered a conspiracy against the government.
synonyms:collusion, machination, wire-pulling 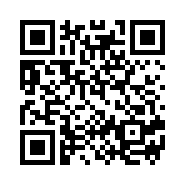