.was a Scottish writer and physician, most noted for his fictional stories about the detective Sherlock Holmes, which are generally considered milestones in the field of crime fiction.

is a fictional character created by Scottish author and physician Sir Arthur Conan Doyle, a graduate of the University of Edinburgh Medical School. A London-based "consulting detective" whose abilities border on the fantastic, Holmes is known for his astute logical reasoning, his ability to adopt almost any disguise and his use of forensic science to solve difficult cases.

was an Austrian physician and psychologist, who became one of Sigmund Freud's earliest followers, and was once described as "Freud's most distinguished pupil."According to Ernest Jones, "Stekel may be accorded the honour, together with Freud, of having founded the first psycho-analytic society"; while he also described him as "a naturally gifted psychologist with an unusual flair for detecting repressed material.'' 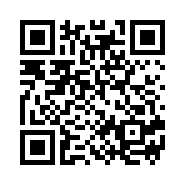